"No nation is perfect as no person is perfect. But it is unreasonable to give greater emphasis to America’s flaws while ignoring the egregious failings of many nations around the world."

In recent weeks, a growing percentage of American society has sought to rewrite and/or erase some of the details of the history of the United States of America. The leadership of public education also seem strongly committed to altering and presenting alternative theories regarding America’s founding fathers and America’s place in the world.

At the Waukesha Christian Academy, we take our lead in how to present history from the Scriptures. A large percentage of the Bible is historical record in both the Old and New Testaments. In reading those narratives, Scripture records the facts of what happened. Some of those recorded events are worthy of admiration and emulation, and some events are placed there to learn from and avoid in the present day life.

We teach in our history classes that American history is full of people who were courageous in standing for right and doing the right thing under difficult circumstances. There were also other people who did wrong things and made grave errors that we must learn from and avoid in our own lives. We also teach the abundant examples of good and positive things that America has done throughout its history. Essentially, we explain our history without biasing it with philosophical trends and hidden agendas that seek to harm our nation’s reputation.

No nation is perfect as no person is perfect. But it is unreasonable to give greater emphasis to America’s flaws while ignoring the egregious failings of many nations around the world. We make it our goal to be objective and fair in whatever historical material is being presented in our classes each day. 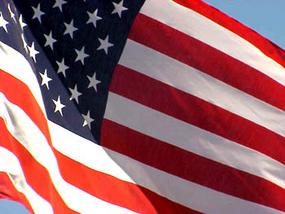